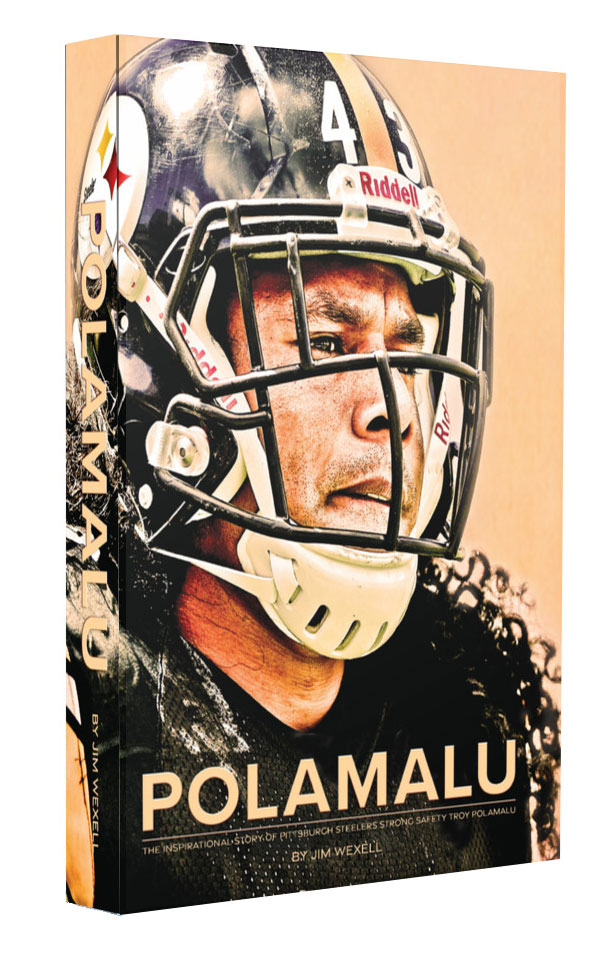 Troy Polamalu was the guiding spirit behind a Pittsburgh Steelers team that won two Super Bowls and led the NFL in total defense five times during his 12-year career.

Only two seasons were below “Polamalu Standards,” and both seasons followed championships and are aptly described as “walking hangovers.”

This biography, the first written on the Steelers’ Hall of Famer, has been over a decade in the making and includes interviews with hundreds of Polamalu’s family, friends, coaches, team officials, front office members and teammates.

They enthusiastically came forward with the stories behind the stories on what helped Douglas High, Southern Cal and the Steelers win so many games with one of the greatest defensive playmakers in the game’s history, and how all of those teams did it the right way because of Polamalu.

It’s Polamalu’s grace and character, his humility, class, dignity, even – and this was big for him – his meekness that make this biography a must read for children of all ages. It could even be considered a blueprint for living life the right way.

Troy Polamalu did all of that. Learn how in this book.

Let’s give back to one of the most amazing and gracious athletes of our lifetime!

Congratulations, Steelers Nation, on your $10,000 donation to the Troy and Theodora Polamalu Foundation on Jan. 1. I hope to host another round of contributions in the future.

All copies of Polamalu arrive signed by Jim Wexell and can be personalized upon request.

Click the button below to be sent to a secure transaction via PayPal. You may leave a note during checkout if requesting personalization with your copy of Polamalu.